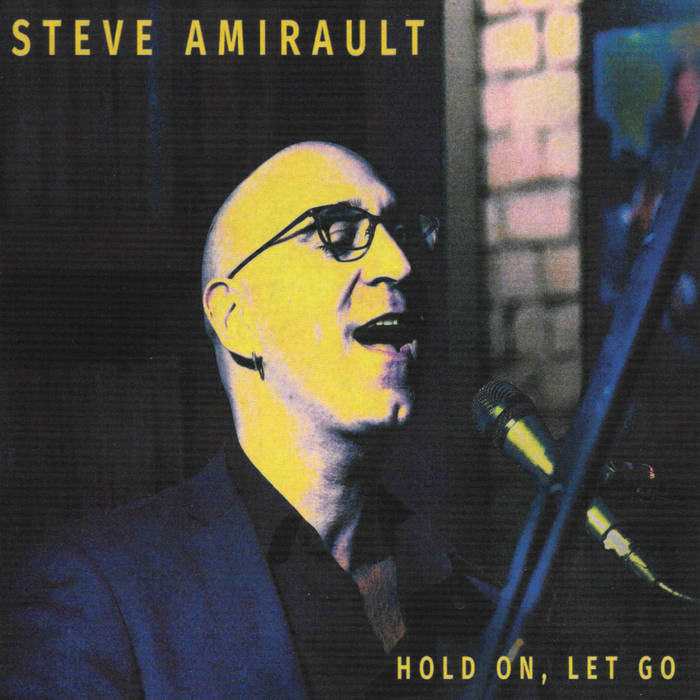 “Hold On, Let Go" is the title of a piano piece of mine that I recorded on my last CD, “One Existence”. I named this album after that tune, because for me, it represents transition, looking forward, and taking chances. Two years ago I left Montreal, my home of 25 years, for Toronto. This is my first recording as a Torontonian, my first solo record, and my first album of mostly standards (with the exception of two originals). It is my second outing as both pianist and vocalist, and for this one I wanted it to be intimate and reflect what I do on my solo performances: just the piano, a microphone and some songs I like. I hope you enjoy the music.

Montreal musician Steve Amirault is considered to be one of the most accomplished artists in Canada. The Nova Scotia-born musician has released six celebrated albums. His new release "Hold On, Let Go", has the award-winning artist delving into timeless songs from the American popular songbook as well as a few original pieces. World-class playing and singing, a performer not to be missed! ... more

Bandcamp Daily  your guide to the world of Bandcamp

Featuring appearances from Kari Faux, Bluestaeb and and interview with NY-bred artist Wiki